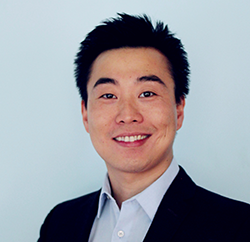 There is recurrent debate about how useful science is for technological development, but we know little about what kinds of science are more useful for technology.  This paper fills this gap in the literature by exploring how the value of a patent (as measured by patent forward citations and the stock market response to the issuing of the patent) depends on the characteristics of the scientific papers that it builds on, specifically, basicness, interdisciplinarity, novelty, and scientific citations.  Using a dataset of 33,337 USPTO biotech utility patents and their 860,879 in-text references to Web of Science journal articles, we find (1) a positive effect of the number of referenced scientific papers, (2) an inverted U-shaped effect of basicness, (3) an insignificant effect of interdisciplinarity, (4) a discontinuous and nonlinear effect of novelty, and (5) a positive effect of scientific citations for patent market value but an insignificant effect on patent citations.  In addition, in-text referenced papers have a higher chance of being listed on the front-page of the same patent when they are moderately basic, less interdisciplinary, less novel, and more highly cited.  Accordingly, using front-page reference yields substantially different results than using in-text references.