FluidKnowledge will investigate the past, present and future of evaluating ocean science. Regarding the past, it will ask how research priorities in ocean science evolved until now. Which lines of inquiry became hot topics, and which died out? Who became global players, who ended up in the periphery? Who published on what, in which interdisciplinary collaborations?

Regarding the present, FLuidKnowledge will analyze what currently matters in ocean science by studying the knowledge cultures in different European marine institutes. This is where research evaluation and the daily practice of research come together. The team will study ethnographically how ocean scientists do their work: in labs, on ships, during team meetings, and in supervisory meetings.

Regarding the future, FluidKnowledge will look at priority setting in science policy. The researchers will study how expectations about the role of ocean science are formulated in European policies. Which values and priorities will ocean science be held accountable to? How do policy makers and ocean scientists work together? How and when does this fail? 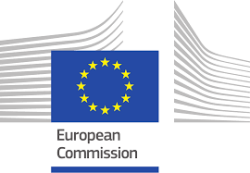