The complexity of new knowledge: exo-novelty and endo-novelty in Physics 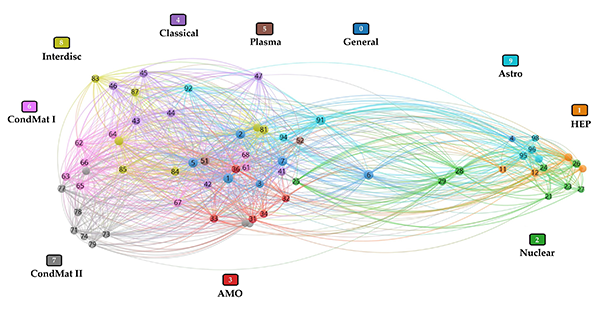 In a previous study we  have argued that, conceptually, novel recombination of references (Exonovelty) does not logically imply the novelty of the knowledge contained in a scientific article (Endonovelty).  This amounts to say that, indeed, novelty resides in a recombination of existing knowledge but the process that leads to the generation of new ideas is more articulated than simply putting together bits of previously unrelated knowledge. Namely, we maintain that novelty resides in how  the existing knowledge is interpreted and recombined in the light of a scientist experience, background and skills. This process is clearly unobservable; however, we can tap into its output to investigate whether the content of a scientific article is different from what was previously acknowledged, i.e.  whether it contains novelty.
In addition, we have empirically demonstrated that the existing indicators of exonovelty are  either non-conclusive or equivalent to measuring interdisciplinarity. This consideration raises interesting challenges for research policy and reveals the need for a clearer theoretical and empirical scaffolding for the study of the incentives to and consequences of both novel and interdisciplinary research.

In the presentation, we elaborate on these claims by proposing an indicator of endonovelty based on the distribution of topics within articles and showing that exonovelty  (interdisciplinarity) and endonovelty are different properties of scientific knowledge.
We exploit a dataset of 429,788 articles published  in 8 journals of the American Physical Society  (APS) between 1985 and 2015, 5,728,417 references and  4,983,649 citations. Fields are identified using the codes of the Physics and Astronomy Classification Scheme (PACS).
First, we highlight the differences  between novel and interdisciplinary paper and we attempt a general characterization.  Second, we observe how interdisciplinarity and novelty have changed over time and how they are related to the main discovery in Physics, also by observing the articles that have led to the award of Nobel Prizes. Finally, we investigate how the distinction between interdisciplinarity and novelty spills over to patenting by asking which of the  two features is prominent in technological innovation.