Her background is in biology with a specific focus on both urban and behaviour ecology. She conducted a PhD about the foraging behaviour of urban gulls at the University of Bristol, United Kingdom. Alongside the PhD she developed a public engagement activity for school children related to her PhD and actively involved the public in her research by inviting them to search for gulls that were ringed. 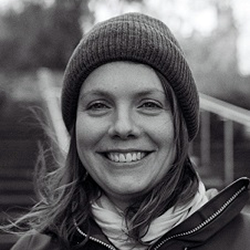