Evan de Gelder is research assistant to Inge van der Weijden in the working group Career Policy & Paths in Science (CPPS) at the Centre for Science and Technology Studies (CWTS) of Leiden University.

Next to his research work Evan is chairman of the board at NSA, the largest Christian student association in Amsterdam (230 members). 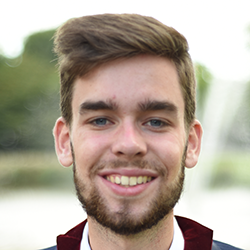