Soohong Eum is a PhD candidate. His research interests are governance of public R&D system, and the relationship between organizational structure and innovation. He is planning to examine how government policy affected research landscape and contents through the funding. Based on scientometrics and policy studies, he tries to analyze how Korean government's R&D policy has changed the subject and topic of research projects and their outcomes. He has been involved in crafting several national policies of South Korea, and intervened in the political arena with the labor unions to raise policy issues in the science and technology sector. He has a bachelor’s degree in mechanical engineering and Korean history from Yonsei University, and a master’s degree in history of science from Seoul National University.

Prior to joining CWTS, Soohong was a Director of Policy Committee at the Korean Campaign to Ban Landmines / Peace Sharing Association from August 2016 to September 2019, and was responsible for developing strategies to facilitate demining on the Korean Peninsula and establishing policies to build national capacity on mine action. He served as an officer of the Republic of Korea Air Force from September 2011 to December 2014, and was in charge of operations and planning for the Air Defense Missile Maintenance Squadron. He also worked as a consultant on science and technology policy at a consulting firm from February 2009 to September 2011. 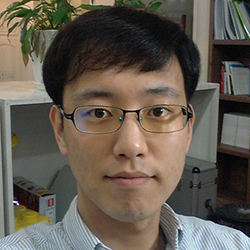