Is it a scientific breakthrough? 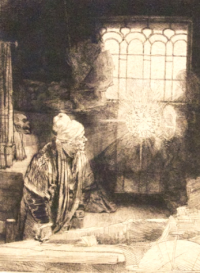 Scientific journals worldwide are flooded each day with thousands of publications reporting interesting insights, minor discoveries, or – rarely – genuine scientific breakthroughs. Scientific breakthroughs are those sudden discoveries that have a major impact on follow-up scientific research. With more than a million research publications per year, is it possible to detect breakthrough publications at a very early stage after they are published? Or are we forced to wait patiently for several years and let time decide which of the many ‘potential breakthroughs’ really make a huge difference in terms of scientific or socioeconomic impact? In this blog post, we report on our algorithm-based efforts to tackle these questions.

Detecting breakthroughs is a challenge

The future is unknown and any major funding decision is therefore partly a gamble with an uncertain outcome. Novel scientific discoveries with potentially large impacts on global science and technological innovations are of particular importance to policy makers and research funding agencies. To allocate scarce public resources for R&D investments as wisely as possible, it helps to know, preferably as early as possible, where cutting-edge research is found within the ever-changing frontiers of science. 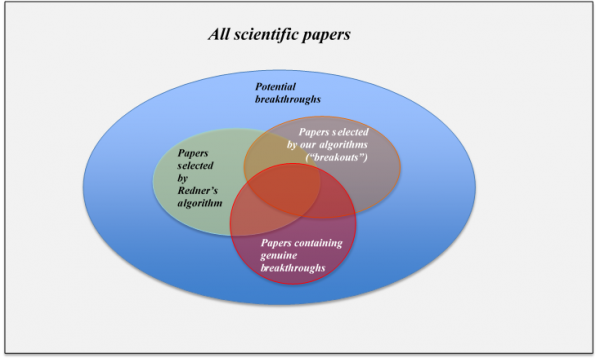 Figure 1 Conceptual overview of the ‘world’ of scientific papers

Our algorithm-driven methods harvest large bibliographic datasets. Objective methods, consisting of one or more algorithms combined with a series of strict protocols are relevant in the evaluation of new developments. Such ‘big data’ algorithm-based search methods can operate independently of human inference and are less affected by possible oversights or conservative attitudes among peers and experts. Peers and experts are very knowledgeable about their own area of science but may miss or misinterpret relevant (interdisciplinary) developments on the boundaries of their domain or just beyond their horizon. Our assumption is that researchers working in the same, or a closely related, area are best placed to spot interesting new discoveries and assess their added value. We focus therefore on how the scientific community reacts to a scientific publication by concentrating on the explicit references (‘citations’) it receives from other academic publications. Patterns in a publication’s citation profile signal the impact of a discovery on its surrounding science.

To develop our algorithms, we searched the global scientific literature for characteristic citation histories of well-known breakthrough discoveries. Our prior studies [2, 3, 4, 5] have identified a series of different citation patterns that point towards possible breakthroughs. On the basis of citation data from the first two to three years after publication, citation patterns were translated into a set of decision heuristics and an associated detection algorithm. All in all, we have developed the following five algorithms, each using a different method to analyse the citation pattern of a publication:

Putting our algorithms to the test

Testing and refining our detection method requires validation of preliminary findings based on reliable empirical data and a sufficiently long period of time. Only time can tell whether a publication has become a real breakthrough or not. We went back to the nineties to collect our target publications. Every genuine breakthrough from that time would now have made a very striking citation impact. We constructed a dataset – the validation dataset – to test the algorithms. This dataset contains the 253,558 publications from the Web of Science database with types 'article' and 'letter' that were published between 1990 and 1994 and that belong to the 10% publications that are most cited in the first 24 months after publication.

Selection performance of the algorithms

The results of applying our five algorithms to the validation dataset are presented Table 1. The second column in this table shows the numbers of publications that, according to our algorithms, should be considered potential breakthrough research-publications. Our algorithms identified many publications with distinctive impact profiles.

Table 1 Performance of breakthrough detection algorithms when applied to the 253,558 publications from 1990-1994 in the validation dataset

To test whether our algorithms are able to detect known genuine breakthroughs we analysed Nobel Prize awarded research. From the period 1990–1994, 22 publications are considered to contain results of scientific research that has been essential for a scientific discovery to which a Nobel prize was awarded. Of these 22 publications, 16 are covered in our validation dataset, of which 8 were identified by at least one of our algorithms: a 50% hit rate. Of our algorithms, RII and CDI are the most productive in identifying Nobel Prize worthy research. RII identified 6 publications and CDI managed to spot 5 of them. Redner’s algorithm identified 9. As illustrated by these findings, certain scientific research can be very relevant for a scientific discovery that is later awarded a Nobel Prize, but the research itself does not need to have an extraordinary impact on science and does not need to meet the criteria of the algorithms.

What about really outstanding publications?

What influence do the algorithms have on the composition of a collection of publications?

The algorithms reduce, to a large extent, the number of publications in the dataset and therewith could have a major effect on the constitution of the resulting dataset. To examine this filtering effect, we applied the algorithms to all publications in the WoS database of types 'letter' and ‘article' that were published between 1990 and 1994 and received at least one citation during the first 24 months after publication. This last restriction reduced the number of publications by 47% to 1,805,245. This restriction was applied because our algorithms only consider publications cited within the first 24 months. In total 11,106 breakouts were identified.

Table 2 Categorisation of publications based on ­­­long-term citation characteristics

Which algorithm is best in finding potential breakthroughs?

Our algorithms remove to a large extent those publications from a dataset that are considered not to be potential breakthroughs and the algorithms are able to detect, early on, publications that later show to be high-impact publications. Supported by strict evaluation protocols the algorithms can provide information that is more objective and less biased to support making decisions as wisely as possible to allocate scarce resources for R&D. The algorithms cannot draw a definitive conclusion at an early stage about whether a publication is a genuine breakthrough, because additional information, especially from experts, is indispensable.

The results of our studies are encouraging. The detection algorithms succeed in identifying some of the genuine breakthroughs in science. Tracking specific structural changes within citation patterns helps in reducing uncertainty and enhancing predictability.

Having developed and tested five algorithms, we suspect there are other ‘early detection’ citation patterns out there, waiting to be discovered and applied. In the current ‘big data’ era, we expect to see more algorithms emerge that may help us to predict future breakthroughs.

This blog post is a result of our activities within CWTS ‘Science, Technology and Innovation Studies’ program (www.cwts.nl/research/research-groups/science-technology-and-innovation-studies)

Visiting researcher. Jos is a member of the Science, Technology, and Innovation Studies research group (STIS). His research focuses on knowledge flows in the interface between science and technology. He has a special interest in the proliferation of discoveries in frontier science (breakthroughs) into game-changing technologies.