One of the most exciting developments in the past few years in the field of bibliometrics is the emergence of a number of important new data sources. Dimensions, created by Digital Science and made openly available for research purposes, is a prominent example. Other examples are Crossref and OpenCitations, which provide data that is fully open. The launch of Microsoft Academic in 2016 also represents a significant development. In this blog post, we discuss the data made available by Microsoft Academic and we show how the most recent version of our VOSviewer software can be used to create science maps based on this data.

VOSviewer’s support for Microsoft Academic data was used in a recent VOSviewer tutorial organized as part of the workshop Open Citations: Opportunities and Ongoing Developments at the ISSI2019 conference in Rome. In this tutorial, participants for instance used Microsoft Academic data to create the following term co-occurrence map based on titles and abstracts of publications in Journal of Informetrics. 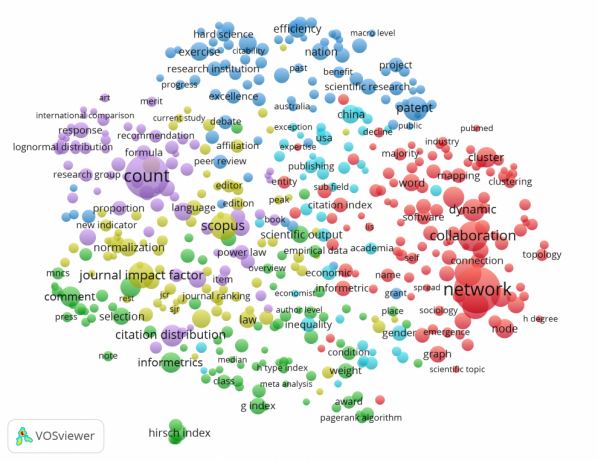 Participants also created a map of the citation network of publications in Journal of Informetrics. 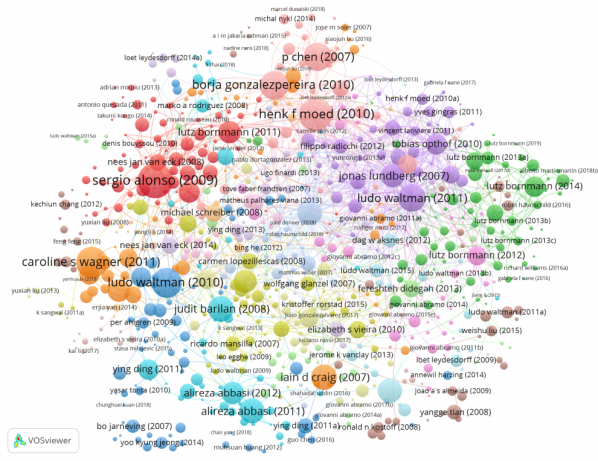 Interestingly, the above two maps cannot be created based on data from Crossref, another open data source supported by VOSviewer. Elsevier, the publisher of Journal of Informetrics, does not make abstracts available in Crossref, while abstracts of publications in Elsevier journals are made available in Microsoft Academic. Likewise, Elsevier is unwilling to support the Initiative for Open Citations, and reference lists of publications in Elsevier journals are therefore not made openly available in Crossref. Microsoft Academic does make these reference lists available. This illustrates some of the advantages of Microsoft Academic over other open data sources.

For further illustrations of science maps created using VOSviewer based on data from Microsoft Academic, we refer to a recent blog post by Aaron Tay.

Over the past few years, we have invested considerable effort in extending the range of bibliometric data sources supported by VOSviewer. The software now offers support for all major data sources. Next steps in the development of VOSviewer include opening the source code of the software and releasing a web-based edition of the software.