Editorial board of Journal of Informetrics resigns and launches new journal 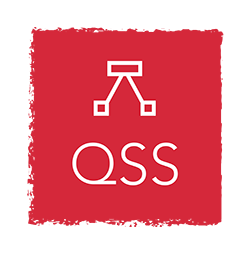 Today, the International Society for Scientometrics and Informetrics (ISSI) announces the launch of the new journal Quantitative Science Studies (QSS), published by MIT Press. The editorial board of QSS consists of the members of the former editorial board of Journal of Informetrics (JOI), an Elsevier journal. The members of the editorial board of JOI, which include CWTS researchers Nees Jan van Eck, Anthony van Raan, and Paul Wouters, have unanimously resigned and have moved to QSS. An important reason for the resignation is Elsevier’s lack of support for the Initiative for Open Citations (I4OC). Disagreements about journal ownership and open access policies have played a role as well.

Ludo Waltman, Deputy Director of CWTS and Editor-in-Chief of JOI, comments on the resignation of the editorial board: “In many ways, the collaboration between Elsevier and the scientometric community, starting with the launch of JOI in 2007, has been a successful one. Thanks to the efforts made by both parties, JOI has become a prestigious journal that for many scientometricians is the preferred venue to publish their work. However, during the past two years, it has become clear that Elsevier and the editorial board of JOI, including myself, have fundamentally different perspectives on a number of key issues. Especially Elsevier’s refusal to make the references of articles published in JOI openly available has caused a lot of dissatisfaction in the editorial board.”

Sarah de Rijcke, Director of CWTS, is excited about the launch of QSS: “This is a major step for the field of quantitative science studies. I congratulate ISSI and the editorial board of QSS on the launch of their new journal. I am proud to see the essential role played by CWTS in this development.” De Rijcke emphasizes that CWTS hopes to continue successful collaborations with Elsevier in other areas: “But given Elsevier’s lack of support for open citations, carrying out editorial tasks for Elsevier journals has become increasingly problematic for us.”