PhD candidates as informal caregivers in the Netherlands 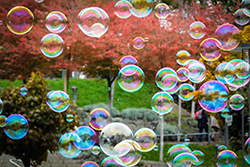 A factsheet of the main findings is available here, including an extended 2 page summary with policy recommendations.