The challenge of identifying universities for a global university ranking 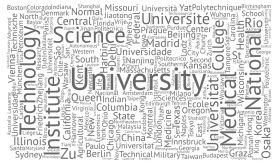 In the CWTS Leiden Ranking, we aim to be transparent and we therefore provide an extensive explanation of our methodology for identifying universities. To illustrate the complexity of designing such a methodology, in this blog post we discuss two aspects of our methodology in more detail. We first discuss the difficult issue of the treatment of academic hospitals. We then consider the approach taken in the Leiden Ranking 2016 for selecting the universities included in the ranking.

How to handle academic hospitals?

Academic hospitals sometimes have large numbers of publications in the Web of Science database, and the treatment of these hospitals therefore can have a significant effect on the publication output of a university. In the Leiden Ranking, relations between universities and affiliated organizations, including academic hospitals, can be classified as ‘associate’, ‘component’, or ‘joint’. Given the diverging and ever-changing organizational systems in many countries, identifying the appropriate level of affiliation requires a careful analysis of institutional structures. To ensure a reasonable level of comparability around the world, we employ the following approach to determine the level of affiliation between a university and an academic hospital.

The second step is to examine whether the university and the hospital share a mandate on educational tasks. Only core curriculum tasks targeted at university students of all levels are taken into consideration in this step. Clinical practices, professionals training, and outreach to the general public are not regarded as university education. For an example of a shared mandate on educational tasks, consider the Oslo University Hospital. This hospital has an educational mandate that includes basic, further, and continuing education, while the hospital also acts as consulting body for educational policy issues related to the University of Oslo and other colleges. Oslo University Hospital is therefore seen as a component of the University of Oslo.

The three-step approach described above is applied manually rather than automatically. Since the results always leave some room for differences in interpretation, the final decision on the level of affiliation between a university and an academic hospital is based on a careful evaluation of all available information by different members of the Leiden Ranking team. It is also important to note that not all hospitals are taken into account in the above approach. Only hospitals that have a substantial publication output and that show collaboration with one or more universities are examined.

How to select the universities included in a university ranking? 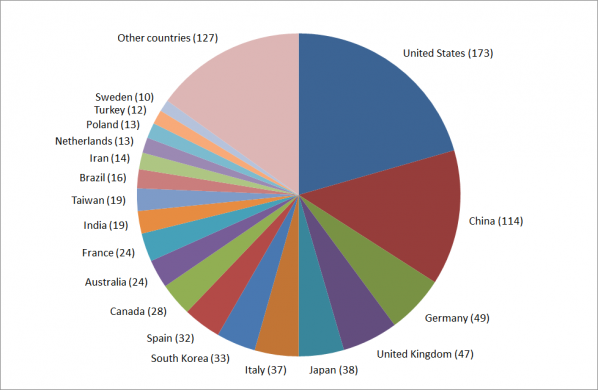 We believe that our new approach for selecting universities is simple, consistent, and transparent. However, using this new approach, it is important to be aware that most likely the number of universities will increase in each of the next editions of the Leiden Ranking. This is because each year one can expect there to be more universities meeting the criterion of having at least 1000 publications in a four-year time period. Comparing absolute ranking positions between different editions of the Leiden Ranking will therefore become less meaningful. This in fact supports our general idea that users of our ranking should focus not on the ranking positions of universities but on the underlying indicator values. As explained elsewhere, this is one of the core ideas of the Leiden Ranking 2016.

We hope that we have been able to provide some insight into the challenging issues related to the identification and selection of universities for a global university ranking. For many of these issues, no perfect solution exists. Any solution inevitably represents a trade-off between different objectives, and any solution involves a certain degree of arbitrariness.

Researcher. Andrea’s research focusses on the different academic and health science systems and the relationships between them. She is also involved in projects concerning research integrity in scientific publishing and research support organisations.

Researcher and PhD candidate. Martijn's research focuses on data sources for the measurement of research performance.